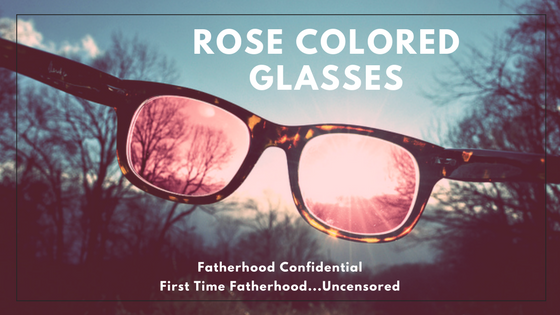 A funny thing happened when my lady and I announced her pregnancy. I can’t speak for her, but on my end, every single person told me similar things: “your life will never be the same again, everything you know will change, you’re not going to be the same person, and the most frequent one, you’re not getting any sleep.” Thanks for the congratulations!

When did it become standard to be negative about becoming a parent?  For thousands of years, animals, Neanderthals, and humans have been reproducing.  Where’s the negative (besides the actual human beings who ended up being assholes in history)?  People make these statements and, while I get it’s just a heads up, it comes off rather ignorant in my eyes.  Am I the one who doesn’t see that maybe things will NOT be that bad?

I’m that guy: Mr. Positivity.  I’ve been accused of seeing things through rose colored glasses.  I honestly don’t know where this trait came from.  Instead of looking at things negatively, or from a neutral perspective, I look at them from a positive perspective.  I’m not ignorant. I know life brings peaks and valleys, rough times, and even things that may be difficult to overcome.  I’ll admit that I’ve been lucky in life; there really haven’t been traumatic experiences to shape my thinking.  Some may say that’s why I see things the way I do.

My intelligence tells me that when the baby is born, my patience, resolve, and my relationship with my daughter and lady will be put through the gauntlet.  Even my relationship with myself will be tested.  Sleepless nights, sick child, sick mama, sick dad, restless baby, feeding time, diaper change, play time, nursing time, doc visit, and it goes on and on.  I GET IT.  I TRULY DO.

My point is, why are these things always emphasized with a negative view instead of it being the norm of raising a child?  When you buy a car, it needs gas, brakes and oil changed, and tires checked.  When you buy a house, it could need renovations, the lawn mowed, walls painted, roof fixed, check the electrical system, and upgrade the HVAC unit.  A baby isn’t an inanimate object; I know.  What I’m getting at is that I know what’s coming.  It’s no different than what’s been happening since the dawn of civilization.  If I begin to look at it with the view that things will happen whether I want to or not, then I can control the situation in my mind instead of having it overwhelm me.  For me, that is the key: controlling the mental aspect of the situation so that it doesn’t wear me out or make me react negatively.  This is what babies do, this isn’t personal.  It’s not about me. It’s the baby, my daughter, wanting to eat, get burped, have her ass wiped, or given medicine because she doesn’t feel good.  Maybe she just wants to be in her father’s arms because that’s the safest place she’ll ever be.  Perhaps she’s crying because she wants to lay down next to dad and soak in some of his amazingness even though, through genetics, she’s inherited the DNA of greatness from her dad already. Babies cry, period!  So, if I know that, then…what’s the issue?

What was your memory of those first few months with your baby? Share them with me in the comment section below!

One thought on “Rose Colored Glasses”